Ahh, Fall. 22 of September, 2021. I was supposed to have court today but lawyers felt like it could be delayed another 3 months.

The first day of fall started off as any odd day would. Molly and I decided to take the newly minted 3-year-old to the Strong Museum of Play, eat some food and then come back to Buffalo. We jumped on the 490 in Rochester, sailed west to hook up with the Interstate 90, and then cruised at the normal pace. Due to the gas tank being a bit low we decided to turn into the reservation at Pembroke and fill up.

Travelling northbound into Indian Falls Molly noticed a tan pickup truck on the right side of the road, and I had noticed a huge white semi truck in the field and what appeared to be a mess/entanglement of a vehicle below the rear of the truck. We did not realize what we were driving by, and we thought it odd for such a situation to exist. Obviously there were not emergency vehicles around, no sirens or lights, and we were both questioning what we thought we saw, arguing over the existence of the semi truck/pick up truck. Regardless, we drove the next 4 miles off to the reservation, got some gas, and then departed. 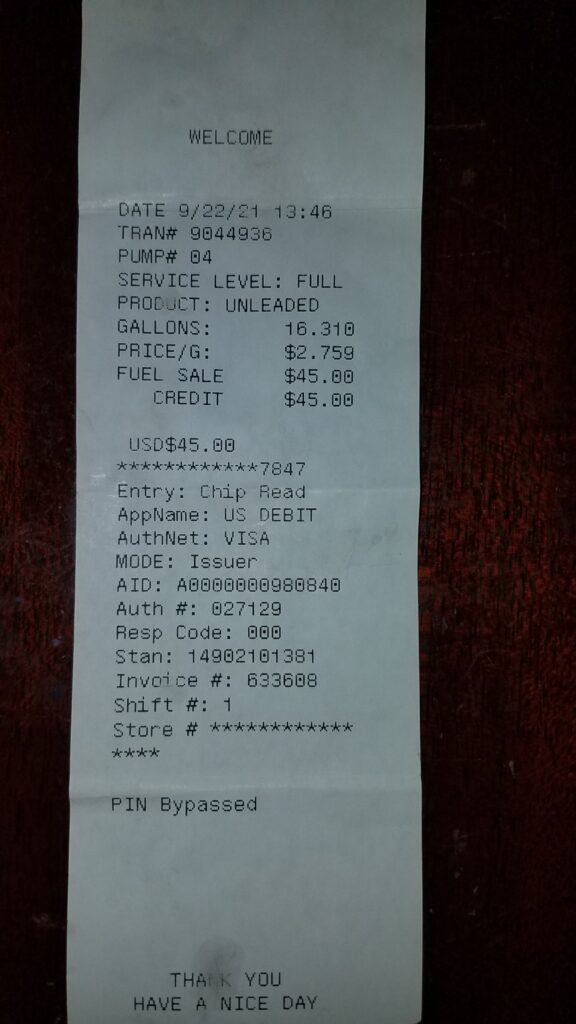 1:46pm we finished fueling up, after driving by it 5 minutes prior but before the actual accident was called in.

On coming to Route 77 from Ledge Road we stopped at the intersection and there was the Basom Fire Chief hurling down the road towards what could be the accident, following a volunteer vehicle with the blue lights on the front. We followed suit and, upon entering the intersection we had to slow down to a crawl. Traffic was being diverted around emergency personnel as vehicles in front of us were rubbernecking to view the accident. At this time the passenger side of the cab of the truck was opened up and the emergency personnel were extending a tarp over the vehicle. Molly and I were able to catch the carnage, Molly explaning that she saw “her” with her head and arm out the drivers side window of the car, pushed against the semi truck trailer, and me seeing two legs, one out the rear passenger side “opening” and one coming out of the front passenger side window.

When we hopped back on the Interstate I immediately checked thebatavian.com for information and sure enough the emergency channel had broadcast everything that was needed and they posted the following at 1:51pm:

There may be serious injuries following a motor vehicle accident on Route 77 at Indian Falls.
Dispatchers are checking on the availability of Mercy Flight.
The accident involves a tractor-trailer and a passenger vehicle.
Pembroke and Indian Falls along with Mercy EMS dispatched.
There are power lines down in the area.
UPDATE 1:52 p.m.: A person is trapped in the vehicle. Mercy Flight is on in-air standby. East Pembroke responding mutual aid.
UPDATE 1:58 p.m.: Mercy Flight is canceled.

We immediately thought when driving by that everyone in the vehicle was gone. There was nothing that looked like it survived, but we weren’t completely sure until we saw that Mercy Flight was cancelled.

Later on thebatavian.com offered more information that helped answer some fleeting questions in our heads, as in “how could that happen” and “were there kids involved” and “we were there so early was there anything we could do”?

UPDATE 5:20 p.m. (Information and Photos from Alecia Kaus/Video News Service): According to Chief Deputy Brian Frieday, emergency crews were called to Rt. 77 and Indian Falls road about 1:47 pm. Preliminary investigation shows a passenger vehicle was headed west on Indian Falls Road and failed to stop at the intersection at Rt.77. The passenger vehicle was struck by a northbound tractor-trailer. Both vehicles ended up in a field northwest of the intersection. Frieday confirms there are two fatalities in the passenger vehicle.  The driver and one passenger in the tractor-trailer were not injured.

The daily news provided less on the article and more of the “cover your ass”-portion of the story in that the “intersection is fine cause DOT did studies”. There was still no information on whom was deceased or any more information that could help us determine the age and/or sex of the victims. Were they texting? Were they distracted by fighting? What’s going on?

PEMBROKE — Two people are dead after the passenger vehicle they were in and a tractor-trailer collided Wednesday at the intersection of Route 77 and Indian Falls Road.
Genesee County Sheriff’s Office Chief Deputy of Road Patrol Brian Frieday said that at 1:47 p.m. Wednesday, a call about the collision was received.
“Preliminary investigation reveals that the passenger vehicle was westbound on Indian Falls Road and either failed to stop or failed to yield at the intersection … The tractor-trailer was northbound and ended up colliding with the passenger vehicle,” Frieday said at the scene.
He said there were two people in the tractor-trailer who were uninjured and signed off medical treatment at the scene. The two people killed were from Western New York, but not Genesee County, Frieday said.
As to the safety of the Route 77 and Indian Falls Road intersection, Frieday said any crossroads intersection with a stop for cross traffic is potentially bound to have problems.
“The DOT (state Department of Transportation) has done multiple studies out here and has found it to be no worse as far as accident data than other accident areas,” he said. “I know it seems to get some headlines, but in the accident data that was out there and was released — we actually were looking at it and had a report on it within the last year and a half — it does not prove to be any more problematic than any other intersection.”
The following roads were shut down Wednesday while the county Sheriff’s Office investigated at the scene: Route 77 from the Pembroke Thruway interchange to Akron Road; Indian Falls Road from Little Falls Road;; and Gabbey Road west of Route 77.

They were even nice enough to provide a video:

It didn’t take until the 23rd for more information to be released that settled our hearts, thanks to wivb:

PEMBROKE, N.Y. (WIVB) – Two people are dead following a crash in the Town of Pembroke on Wednesday afternoon.
According to the Genesee County Sheriff’s Office, Arnold Herdendorf, 69 of Lockport, failed to stop at the stop sign at Route 77 while traveling west on Indian Falls Road around 1:47 p.m.
Herdendorf then collided with a tractor-trailer headed north on Route 77.
The sheriff’s office says both vehicles went off the northwest corner of the intersection and hit a National Grid utility pole before stopping.
Officials tell News 4 Herdendorf and passenger Christopher Rowell, 70, also of Lockport, died at the scene.
Authorities report the driver and passenger of the tractor-trailer were not injured.
The Genesee County Sheriff’s Office says they are still investigating.

A 69 year old man, Arnold Herdendorf, failed to stop at a Stop Sign that’s fairly visible, even on google street view, and in turn got ran over by a semi truck and not only lost his own life but his 70 year old passenger, Christopher Rowell.

As an additional approach at finding these individuals I was able to do the following: